Lacrosse coaches love both you and I! They love us because they know that our best players are one boring practice, one boring week or one boring season away from tossing their gloves for lacrosse sticks. Baseball has been at a crossroads for a few years now. In the past, a lot of talented players would leave baseball at 12 or 13 and go into Lacrosse or another sport. Today players are skipping the baseball step and starting right in with lacrosse at the youth level. Take heed baseball loving coaches and parents, we can continue the status quo or we can make subtle changes in the way we do things. A lot has to do with boring practices that are slow moving and focus only on the few. We have to utilize our assistant coaches and have multiple drills going on at the same time. I maintain that we have to mix in a few fun drills or games throughout the practice to keep these players engaged. Coaches who have teams 16-18 years old tell me that there are time constraints for practices and they must spend time working on defending the bunt or working on the exact positioning for proper cut offs. I say if your practice time management is good, the fun stuff can be included. Here are a few drills or games to mix in. All have a purpose you can figure out!  Most are for the younger kids but I want all coaches to put on their creative hats to mix in the fun stuff and create, create, create!

There you go! Eleven out of thousands creative drills you can do. I purposely shortened the explanation on each drill. You figure it out and make up your own rules. Some players will mumble “this is stupid” for some of these but you’ll notice a change in attitude after they had their turn. If you are creative, they will come! Baseball lives! 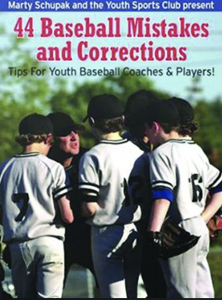