On April 13, 2019 Angels’ Justin Bour got a hit on a liner down the right field line. He rounded first with a wide turn but went back and the throw from right fielder Ben Zobrist hit off of Bour’s foot. Bour got up and tried for second. Catcher Wilson Contreras hustled down the ball and threw a perfect strike to second. Bour thought he was out, got up and began going back to the Angels dugout and didn’t realize the umpire called him safe. Javier Baez chased him down and tagged him out

In game 4 of the 2013 World Series, the St.Louis Cardinals leading the Boston Red Sox two games to one were losing the game 4-2. After one out in the bottom of the 9th, Allen Craig hit a single and Kolten Wong was put in to pinch-run. The next batter popped out. Carlos Beltran who was the tying run was up next with two out and Wong still on first. Beltran worked the count to 1-1 when pitcher Koji Uehara picked Wong off for the 3rd out of the inning and final out of the game. The Cardinals never won another game and the Red Sox won the Series.

It was in 2001 in game 3 of the American League Division Series. In the bottom of the 7th, A’s outfielder Terrance Long hit a ball down the right field line. Yankee Shane Spencer fielded the ball but overthrew the cutoff men. Derek Jeter using some of kind 6th sense, went out of position and scooped up the overthrow. Jeremy Giambi was running the bases and tried to score. He was thrown out by Jeter and did not score. The Yankees ended up winning 1-0 and ended up winning that series after being down 2-0. 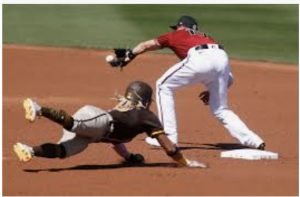 Baserunning is the one skill that so underrated in baseball it is not even funny. I learned early in my coaching career that if you practice base running at every practice with some meaningful drills and go over some strategies, you can get extra runs in every game. Finally I was convinced to try and focus more on base running after listening to a famous NFL football coach. This coach took over a team that lacked talent and he concluded that to be anywhere near to being competitive he would have to practice an aspect of football that other coaches don’t necessarily neglect but don’t spend as much time as they should. The part of the game he was talking about was special teams. At every practice instead of dividing the time into thirds-offense, defense, special teams he spent half the practice working on special teams. This paid off as his team did a complete turn around from the year before and was quite competitive throughout the season. I heard this coach talk about it and came to the conclusion that I could do the same thing with base running. I buried myself in videos, books and spoke to as many coaches I could. I then implemented from the information I gathered what drills and strategies to focus on and at every practice we worked on base running fundamentals up to some advanced strategies. Please keep in mind that I didn’t just come up with the magic bullet. It took a time to establish what would work based on the past situations I was involved in.

At every practice we spent more time on base running than any team in my county. This I know to be a fact. We worked on the strategies always rotating players on the base paths. One thing I made sure I got across is that everyone on our team slides at every base (except first base) even if we know an out is inevitable. We want the defense to know that we slide and slide hard but not dirty. This can cause errors and it has with fielders covering a base knowing that the baserunner is coming in hard. We worked on how to run the bases and I convinced my young players why baseball is called “a game of inches.” 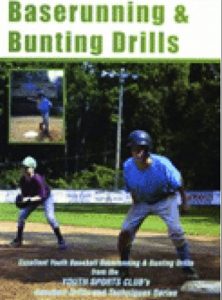 Get 1-2 Extra Runs Per Game-Guaranteed!

We did drills every practice on how to approach every base and make the turn always anticipating taking the extra base. When we would steal bases, my team would always slide to the back of the base furthest from home plate. Tagging up drills were repeated over and over. I convinced them when tagging up from 3rd base it is counter productive to take a lead waiting to see if the fielder catches the baseball. Years ago I witnessed one of our teams in a close playoff game lose by one run because for some reason on a long fly to left field, the tying runner at 3rd took a 10 foot lead. When the fielder caught the baseball he went back to tag up and was thrown out at home plate and our team lost by one run. We worked on stealing and drawing throws and even some borderline ethical plays that coaches may frown upon, but that worked.

Within the first three years of becoming the baserunning team in our county, we won two championships. One year when I went back and looked in my scorebook, I counted that we were thrown out at home plate 22 times and this was in a 30 game season.

I began to combine the base running strategies with bunting strategies and had success. So much so that other teams began copying us and even got better defending our strategies. I won’t take credit but I really think this whole base running thing helped improve our league overall.

When you get into base running and the strategies make sure you know your personnel. And remember this, your best baserunner is not necessary your fastest baserunner. When you have a baserunner you see is quite instinctive, do not over coach that player. Give him the green light and he will do the rest. And make sure you repeat over and over to your players that “we are not umpires.” The opening Justin Bour example is proof why.

One residual benefit I see and I have written about this before is that when you practice and focus on baserunning your players tend to pay attention more when they are on the bases. I have no real proof other than what I have witnessed over 30 years of coaching. Do not neglect other aspects of baseball but make sure you practice baserunning. Your team will be better for it and you will become a better coach.

Marty Schupak has coached youth sports for 30 years. He has written 12 books and produced 25 sports instructional videos. His is the founder of T-Ball America. 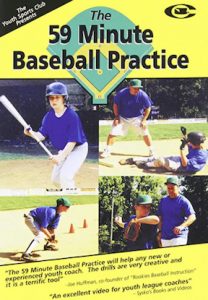 Half of all LL World Series Champion coaches

have viewed this video!