If you ever attend a national baseball or softball convention, one interesting part of it is the display tables. Besides the large companies that manufacture pitching machines, batting cages, bats and more are the smaller tables with the individual entrepreneurs. Your heart has to go out to these people who are trying to invent the next mouse trap for baseball whether it is a new type of batting tee or an apparatus attached to one’s shoulder so a pitcher has to throw with perfect form. These bright eyed optimists have thrown life savings into these inventions. I’ve always found the equipment part of sports interesting. In hockey, the sticks have changed dramatically the past 50 years. In baseball, I am fascinated with the changes in the way the catcher’s equipment looks. It is even more interesting when one looks at the history of the catcher’s equipment.

It is said that in 1870 a catcher for the Cincinnati Red Stockings used mittens for his hands for protection. The use of mittens spread and developed into a padded catcher’s glove in the late1880’s.

When organized baseball first began, the catcher would be positioned a few feet beyond home plate. The catcher would field each pitch on one bounce. This supposedly changed in the 1860’s or 1870’s. It was a combination of two things: when pitchers began throwing curve balls and the rule change that a foul tip third strike when caught on a fly would be considered an out. Catchers wanted to be closer to the plate to catch these curve balls and foul tips on a fly. The only thing catchers did for protection was wear a mouth piece. Fearing foul tips hitting off an exposed head, a Harvard student named Fred Thayer wanted to do something.  As a pitcher himself, Thayer knew when the catcher moved up, he was exposing himself to injuries from not only a foul tip but also a bat without a protected face.  He wanted to come up with a way to cover a catcher’s face and at the same time be able to see the field. What helped inspire Fred Thayer’s new idea, was one day while walking across the Harvard campus on his way to baseball practice, he noticed something. He saw the Harvard fencing team walking with their equipment which included their head gear. Then it hit him that he could use that head gear as a template and design something more for baseball. He went to a blacksmith in Cambridge, seeking help to try and design some kind of protection for the catcher’s face using a fencing mask as a model. A mask strong enough to protect against a ball and bat but open enough to permit good vision were the requirements Thayer wanted. Between the vision of Thayer and the creativity of the blacksmith, they came up with what is supposedly the first catcher’s mask. In 1877 Alexander Tyng, a catcher for Harvard wore a mask in a game in Lynn Massachusetts. This is considered the first time a catcher wore a mask or anything close to resembling a mask in a baseball game.

The H Book of Harvard Athletics quotes an editorial from the Harvard newspaper, The Crimson:

“The new mask was proved a complete success, since it entirely protects the face and head and adds greatly to the confidence of the catcher, who need not feel he is in every moment in danger of a lifelong injury. To the ingenious inventor of this mask we are largely indebted for the excellent playing of our new catcher, who promises to excel the fine playing of those who have previously held this position…”

Fred Thayer knew he had something with his mask. He went ahead and applied for a patent. He called his new invention “Face-Guard” or “Safety-Mask for Base-Ball Players.” The patent was approved less than a month later and the following year Fred Thayer’s patented head gear appeared in Spalding’s sporting goods catalog. There were modifications that followed with some additional padding and the use of buckled straps.

In the 1870s a catcher named James “Deacon” White supposedly created the first chest protector. It had tubes and was pumped with air. He eventually replaced the air tubes with some kind of padding.

It was also said that the wife of Charles Bennett wanted to do something to protect Charles and his chest when he was a catcher for the Detroit Wolverines. She devised a pad that covered his chest during games. He supposedly wore the first one outside his uniform in 1883. Catchers who used this early version were razzed by fans and called names. They then began to wear these pads under their jerseys to avoid the name calling. Today the catcher’s chest protector contain shock-absorbing poly foam which is much lighter and more comfortable than the original fur-stuffed sheepskin. 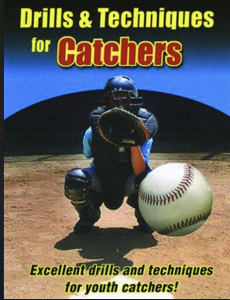 The tool to take your catcher to the next step!

Record show that around the 1890’s, catchers began wrapping their legs with newspapers as well as leather to protect their legs. Like the chest protectors, catchers did not want the cat calls questioning their masculinity and wore them under their uniform. When a popular tough catcher named Roger Bresnahan, admitted the pain the bounced baseballs caused on his legs did fans begin to accept the pads. The protecting of the shins evolved copying the guards used by cricket players eventually using padded leather to cover the kneecaps all the way down to the ankles. The use of hard heavy fiberboard guards were then used and ads appeared in the Rawlings catalog in 1916 for this fiberboard design. Two inventors: D. Levinson and William Barnett each put out variations using the hard fiberboard. The Dodgers got into the act in the late 1950’s inventing the hinged shin guard. The Dodgers were also originators of the billygoat throat protector and the  hinged mitt.

The development of catcher’s equipment has been fascinating with the common theme being a combination of safety, being light weight and flexible. There will always be tweaking of the equipment to benefit the catcher to make full use of his ability. I’ve told this before but I’ve known a number of professional and college scouts in my day and whenever I ask what are they looking for they’ve said the same thing for years: lefty pitchers and good defensive catchers. Just as a glove becomes part of every baseball player’s body so does the catcher’s equipment. A good catcher will take as good care of his equipment as he does with his own body. Doing both will add life to their careers!

Marty Schupak is the founder and President of T-Ball America. The information in this article was taken from a published article by Society For American Baseball Research in 2010 written by Chuck Rosciam. 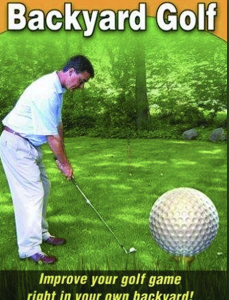