Skip to content
Teaching T-Ball Today! Playing Baseball and Softball For Life!
I am an amateur historian who loves reading about the revolutionary war. I also love reading about sports history. I remember when I first heard that Hoboken, New Jersey claimed to have hosted the first ever baseball game. I referred to this historical fact in another article: Who Really Invented Baseball? I had read that on June 19th, 1846 the first officially recorded, organized baseball game was played under Alexander Joy Cartwright's rules on Hoboken's Elysian Fields. The game was between the New York Base Ball Club and the Knickerbockers. The New York Base Ball club won 23-1.
I heard Hoboken had some kind of monument representing each base at the exact location of where this game was played. Living 45 minutes from there I got into my car and went down to Hoboken. I asked around and was directed to an intersection of two streets. At each corner, there was a plaque signifying all four bases where the field once belonged. I got such a kick out of this. I kept walking and crossing the street, rounding the bases, going from first to home plate, just like it was done almost 200 years ago.
Just as we adults have an obligation to teach our youth about the George Washingtons, Abraham Lincolns and Martin Luther Kings of the world, if we are coaching sports, why not teach our players some of the history of the sport they are playing? And I’m not talking about giving a history course. Just sprinkle in a little bit of historical facts. We owe it to the players we coach and to the people who helped shape the great sport of baseball. Here we go with five people who I think helped shape baseball.
John McGraw
John McGraw ended up with 2,763 victories as manager, second only to Connie Mack. As manager, McGraw was one of the first innovators of baseball. He was the first manager to use a relief pitcher. He was also the first manager to platoon players, which was later used to almost perfection by Casey Stengel during his Yankee dynasty years. The player platoon system is the precursor for the Bill James-Billy Beane sabermetrics system of how baseball teams are put together today. 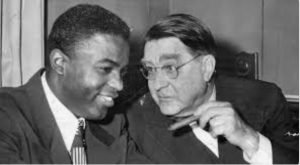 Jackie Robinson & Branch Rickey
I can’t mention one without the other. Jackie Robinson broke the color barrier in 1947. But before that, when he attended UCLA, he was the first athlete to letter in four sports: baseball, basketball, football and track. In 1940, Robinson won the NCAA Men's Outdoor Track and Field Championship in the Long Jump. Branch Rickey, the General Manager for the Brooklyn Dodgers, was scouting the Negro baseball league and ended up signing Robinson. From there, Jackie Robinson was the subject to an incredible amount of abuse. Rickey believed in his ability and mentored Jackie in how to handle the issues he would face.
Jackie Robinson was an integral part of the Brooklyn Dodgers in the 1950s. He played in six consecutive All Star games and helped the Dodgers win six pennants including the 1955 World Series. Branch Rickey was an incredible innovator for baseball besides giving Jackie Robinson his start. He helped start and expand the farm system as a place to cultivate prospects. It was his idea to begin the baseball season with spring training in Florida. It was also rumored that he helped invent the first batting tee.  He also put in sliding ditches of sand below Ebbets Field so the players could practice sliding. Later, when he was General Manager of the Pittsburgh Pirates, he introduced the batting helmet. With all his innovations and ideas, Branch Rickey will be best known for giving Jackie Robinson a chance to play major league baseball. 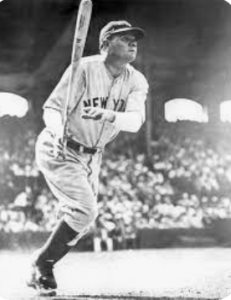 There has never been a player like him and may well never be. Ruth was credited with changing baseball in the 1920s during the live ball era. Known for his hitting, Babe Ruth had a lifetime pitching record of 94-46 with an ERA of 2.28. His hitting was incredible. His lifetime batting average was .342. He hit 714 home runs, a record that stood for years. His 60 home runs in 1927 was a record that stood for 34 years! He had a lifetime on base percentage of .474. It was the Babe’s personality off the field that appealed to almost everyone. He was charismatic and loved the interaction with the fans. He had a love for the game and for kids. He was a showman on and off the field.

Curt Flood
Following the 1969 season, Curt Flood refused a trade to another team. He challenged the “reserve clause” bounding a player to one team. He lost his case but it opened the door for free agency in baseball after the baseball union became more solid. He helped pave the way for the first free agent pitcher, Andy Messersmith. All of the 30-40 million dollar a year contracts we see today in some way reflect the Curt Flood case. Though he is known for helping create free agency, Curt Flood was an excellent baseball player. He was known for his defensive prowess, winning the Gold Glove seven times. He also batted over .300 six times. But it was his challenge of that infamous trade that he will always be known. The sad part is many of the baseball players today who sign lucrative contracts have no idea who Curt Flood was. 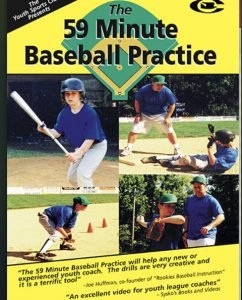 Bill Veeck
He was a promoter/visionary who saw sports as not just a game but entertainment. As owner of the Cleveland Indians, he signed Larry Doby to a contract, the first black player in the American League. He instituted exploding scoreboards, pinch hit a midget, started bat day, and more! If you look at his plaque at the Hall of Fame, here is what it says:
“As owner of the Indians, Browns and White Sox, Bill Veeck consistently broke attendance records with pennant-winning teams, outrageous door prizes enthusiastic fan participation and ingenious promotional schemes. An inveterate hustler and energetic maverick, he introduced the concept of honoring fans, a midget player (Eddie Gaedel), Bat Day, fireworks, exploding scoreboards and player names on backs of uniforms. He signed the American League's first black player -Larry Doby in 1947 -and its oldest rookie -42-year-old Satchel Paige in 1948.”
One can pick out hundreds of people who helped shape baseball. These are just five who always made my list. 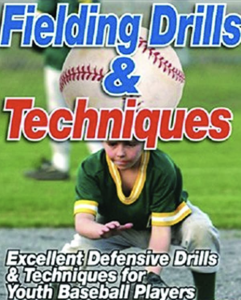