In my 21 years of coaching youth baseball, I’ve been called a good coach, a great coach, an overrated coach, and a horrible coach. I guess it depends on which game or games people have seen me coach to determine my superlative. I like to think that my best coaching moves come from my gut and not from the “book” of coaching. People have questioned some moves I have made and asked me why I did what I did. Many times I have to respond, “I just had a feeling it would work.” I have also found that the best coaches in all sports deviate from the “book” over the course of their career. Some of these uncanny moves will work and some will not. My thoughts are you cannot have all coaching moves pre-determined because situations occur with different personnel at different times. Let’s look at five situations and why I sometimes stray from conventional decisions.

This is a tough one when it fails. We have all seen it in youth baseball when the third baseman plays in close anticipating a bunt.When the strike count gets to two, the coach will tell to the third baseman something like. “Two strikes on the hitter, move back so you are even with the base.” When the fielder moves back, depending on the ability of the batter, I love to give him another chance to bunt, given that the defense and opposing coach are sure the batter will not. I have been successful with this, and at other times it has failed. Here’s one warning if you try this. When your batter does fail, you will hear it from all the “General Managers” in the bleachers.

2) Catch Everything With Two Hands

I know most coaches will disagree with me on this one. When my players are moving laterally reaching for a ball, I just want them to catch the ball any way possible. I don’t want my players thinking they have to catch everything with two hands if some catches are easier one-handed. If the shortstop is sprinting for a pop up behind the third baseman, and has to reach for it, a one-handed catch works best. When watching a pop up hit right to a player with little or no running, a two-handed catch works best. Too many coaches and parents overemphasize catching everything with two hands. Coaches need to have youth players practice catching balls with one and two hands.

3) Don’t make the first and third out of an inning at third base.

Old time player and trusted announce Tim McCarver won’t invite me over to dinner on this one. I send my runner to third most of the time not worrying about how many outs we have. I have my team run he bases aggressively. We get thrown out at third and home more than other teams, but we also win more games can we lose. In youth baseball, very game has its share of wild pitches and passed balls. From my many years of coaching third base, I know that we have a great chance getting the runner home on a wild pitch or passed ball. I hate ending the inning without scoring when we didn’t make every effort to move runners around with aggressive baserunning.

I was guilty of this when my oldest son played youth baseball. every year I wanted to get him a bigger glove, figuring the larger the glove, the better chance of the ball landing in the pocket. I was 100% wrong on this. I remember going to Yankee Stadium with a close friend who had an “in” on everything and knew a lot of people. We had front row seats and before the game one of the Yankee infielders came over to say hello to my friend. As they were talking, I could not keep my eyes off the player’s glove and was amazed at how small the glove was. It just about outlined his hand. I then learned that “glove control” is the biggest key for fielders. Smaller rather then bigger gloves are better, especially for infielders, except the first baseman.

Willie Mays batted leadoff in several All-Star games. I understand on batting your power hitters this or fourth. You get a couple of batters on base and the big guns will drive them in. I don’t agree with this all the time. I found that in youth baseball sometimes there is a large disparity with the talent of the players. Many times teams have one or two excellent players. In youth baseball I prefer to bat my best hitter first or second. I cannot tell you how many times my team was down by a couple of runs in the last inning and the bottom of my batting order is due up. If my best players batted third or fourth, I’d be doing everything I could to get him up, but many times games ended with my best hitter on deck. I like to bay my best player first or second. I know you might think I’m sacrificing some runs but I love the idea of getting him an extra at bat a game.

Like everything in coaching, your talent at the moment will determine your move. The term “thinking outside the box” has been overused in many instances, but when coaching, you do want to think outside the box if it will give your players and team an advantage to succeed. Unpopular decisions may be the best decisions at the time you make them. Although coaching by the book is sometimes the best method, following your gut can give you the competitive advantage to pull out a few extra wins during the season. 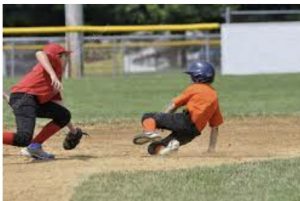 Baseball Practices Should Be Shorter