Here is a story I witnessed years ago that I’ve told a lot. I am a huge NFL fan. I have followed the New York Jets forever, but love the NFL in general, and used to visit numerous team summer practices. Unlike today, these practices were grueling two a days that had a combination of heat and humidity. It was even difficult to watch in shorts while these 300 pounders were carrying 40 pounds of equipment on themselves and constantly moving. One day in the afternoon practice on the hottest day of the summer, the team I was watching made too many mistakes to even mention. The coach, who had the reputation of being one of the toughest coaches in the league was screaming non-stop.  Surely he would make his team run sprints or do squat thrusts till they dropped. But at the end of practice, he did something different. Keep in mind, the whole team looked spent and exhausted. It looked as though many of the players would not make it up the steps to the locker room. He took all the linemen and had them dress down without their pads. Then he setup a short touch football game, the offensive linemen against the defense linemen. And if the offense won, the defensive coaches would have to run a lap in the 100+ degree heat. If the defense won, the offensive coaches would have to run a lap. As soon as the game started the atmosphere changed and all the players watching were whooping it up and hollering, coming to life from exhaustion. Adding to the change from the sloppy drills only minutes before, the head coach had instructed the ball boys to bring out frozen Italian ices and hand them out to the players watching. As many ices as they wanted. It was amazing how the atmosphere changed. After the game, the coaches of the losing squad ran and with noise from the players you would have sworn it was a different  team than from an hour before. This head coach took a chance to change up the atmosphere and end practice on a high note. And it worked! The coach was a masterful psychologist and knew the right buttons to push. That same year this team went to the playoffs and the following year won the Super Bowl. This technique could have backfired, and maybe with a different group it would not have been as effective but the coach knew his team. As youth coaches, it is imperative to coach to the level of the kids and get to know your players. If you coach one youth sport, chances are you’ll coach or assist a second one. Most players in your community play multiple sports. Pay attention and learn what makes certain players tick by coaching and watching them over the course of a few years. And make sure you mix fun into the equation!

Okay here we go! Here are three fun games that will make you a coaching hero. They have all worked for me year after year:

Adjust this to the field situation you are dealt with. The best situation is if you can use your game field with a fence. If so I put two bases lined up behind second base and the pitcher’s mound. The base closest to the fence is for 10 year old. The middle base (actual second base) is for 11 year olds. The furthest base is for 12 year olds. We are giving every age a chance to hit one over the fence. The coach pitching from the outfield throws 3 pitches to each batter. For every ball hit over the fence for a home run, the player gets an extra swing. 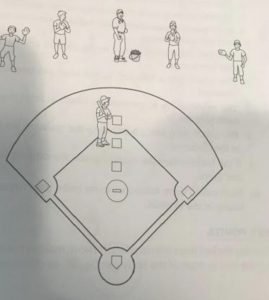 The same as regular home run derby except use an old tennis racquet and tennis balls. Reduce the swings and/or move the bases further away from the fence because there will be a lot more home runs.

Of all the fun games I had my teams play, none were more popular than Baseball/Football. Set up cones in a rectangular shape to resemble a small football field. This game is similar to touch or flag football, except played with a tennis ball instead of a football. The defensive team holds 2 baseballs each in their gloves. The offensive team members’ gloves are empty so they can catch the ball.When a player on the offensive team completes a pass with the tennis ball, the defensive players tries to tag the player that catches or has the tennis ball with their glove. If one of the baseballs falls out of the defensive player’s glove during the tag, the play continues until another player can make a tag. Play either 3 or 4 downs to get a touchdown 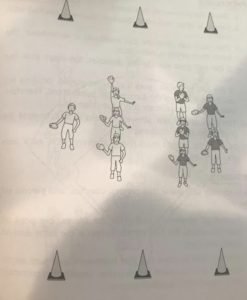 There it is, three great fun games. As a coach or parent you have to mix in fun stuff with instruction. If you do, your team will love you and you will go to Little League heaven! 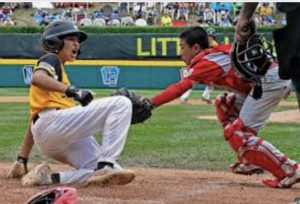