Player development in youth baseball can also be part of team and league development. Years ago when I first became manager of the 9 & 10 year olds in our league, it was a rude awakening. This particular league was the first real competitive league for me, full with playoffs and an All Star team. We were about a week away from the league draft and I remember distinctly how it was said that every coach can protect one other player besides the coach’s son. Okay I could live with this even though everyone of these protected players was some of the top talent in the league. It was after this, that I was told certain players have to be assigned teams because of transportation logistics. And after this placement of players, the draft would take place. It didn’t take me long to realize that the picking of teams was rigged and the experienced coaches knew how to do the rigging. I kept my mouth shut because at the time, I was a lot quieter than I am today and I didn’t want to jeopardize my coaching position. A position, that at the time was as tough to get as it is to adopt a new born. The season proceeded, and my team did our best to make things competitive and to everyone’s surprise we won the league championship.

My first year experience as the coach of my own team opened up my eyes to a lot of things. I knew the present system was not good. I saw if it was up to some of the coaches and league officials, they just as well would rig the league so their team goes 20-0 with no regard if another team goes 0-20.  I came up with a plan to try and convince my fellow board members to attempt some things that would be best for our league development. One thing I insisted upon was that in every division that has playoffs, every team participates. There are ways to reward teams in the league for finishing at the top of the standings. I wanted every player to experience what it was like to play in a playoff game. And I knew the experience would make the players better, and in the long run, this would help the league. 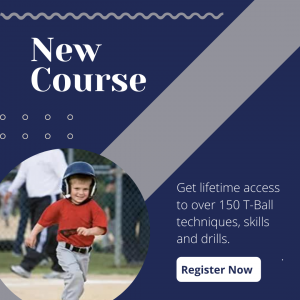 I also wanted to have a fairer way of having more team parity in the league. My idea was when the coaches were picked, they would meet and pick the most even teams possible. Divide up the players evenly and draw your team out of a hat. If some teams had more openings, then find a creative way to fill up those spots but keep the teams as even as possible. If you believe that competition is good then why shy away from it? Isn’t it better that players experience playing in close games and even experience some pressure and duress with failure? Isn’t part of  competitive sports seeing how individuals and teams bounce back after failure? The problem is a lot of parents are afraid to lose and will go to incredible lengths to win. Some of the same parents don’t ever want their kids to experience losing and would rather have them win every game by blow outs than chance playing a close game.

Sadly enough, we all saw what great lengths some parents go through to get their kids into the best colleges in the country paying for success. They even paid and had their kids get credit being on some sports teams they were never on. Building their resume falsely would eventually come back to haunt them and in some cases the penalty was jail. Okay, back to baseball.

With individual development, there are options. There are an endless number of batting cages that offer lessons for the few that can afford them. I instituted my own system. As a coach who valued practice time as the best venue to teach fundamentals, I always offered “opportunity time “ to players who wanted extra individual work before our team practice. Even though I knew I could never give the detailed analysis of a player hitting or pitching like the batting cage former minor leaguer who was instructing, I knew enough of the basic fundamentals that made this time worthwhile. And I learned it is much better not to over coach and to under teach baseball techniques to young kids.

As far as team development, practice is the best thing to do as long as you structure your practice correctly. You have use stimulating drills that players will respond to as well as integrating the fun drills with skill drills. For the team, it is best to rotate players at different positions in practice as well as games. I learned very early in my coaching career young players get injuries and if you have not prepared a competent back-up, your team is in trouble. And it’s okay to let that player at the end of the bench pitch an inning or two.

When talking about league development, it is best to encourage to managers the importance of practices. Leagues should offer a resource page to every manager from your local library about what books, videos and periodicals are available that will help a coach become better. I also like to have an expanded schedule. I had to pull teeth when we expanded our local schedule from 12 to 20 games. I even think it should be expanded to 25 games. And leagues should make it a point that in one or two games the assistant manager will run the game. Developing managers can be just as important to a league as developing players.

In this day and age when travel baseball seems to be taking over in leaps and bounds, local recreational leagues should also work to get better. It takes effort but the results can be positive. This I know for a fact because I lived through different generations of leagues and teams. The best years were the ones when once the playoffs started; every team had an almost equal chance to win the league championship. Parity works and leagues should work towards that goal.

Marty Schupak has coached youth sports for 30 years. He has written 12 books and produced 25 sports instructional videos. His is the founder of T-Ball America.

with the Hitting Drills & Techniques video.