This is a follow-up to the previous article on Interference. Both are from Marty Schupak’s popular book, 44 Baseball Mistakes And Corrections.

I have followed sports my whole life. I have been fortunate to witness in person or on television some of the most historical games played in the last fifty years. I have always thought it almost amazing when a hit, basketball shot, or long pass in football occurs that the officials or umpires are able to watch the game away from where the ball, hit or action is occurring. In youth sports many times the officials who are not as experienced as the professionals on television will be watching the action when they should be watching another part of the field. The reason I mention this is because a lot of time when “Obstruction” occurs, it happens nowhere near where the action of the baseball game is taking place. This could be frustrating for a Little League coach who knows many of the rules of the game and because of the nature of the level, there may be only one umpire and it will be impossible to see the whole field.

When baseball began and it was gaining traction and gaining in popularity with the public, the rules makers were observing the game and tried feverishly to install positive changes. There was an inordinate amount of collisions on the base paths. Some by accident and many were done on purpose. So baseball decided it had to take action not only to make it fair but the injuries were mounting up on the base paths. Obstruction was put into the rules with the first version appearing in 1856.

Just like “Interference” is very rarely taught and gone over in youth baseball, so true it is for Obstruction. Coaches and parents should not feel at all bad or inferior if they cannot grasp the difference of the two right away. I remember in the 2013 World Series between the Boston Red Sox and the St. Louis Cardinals, there was an obstruction situation that occurred and the announcer called it interference.  Obstruction is the act of the fielder while not in the act of fielding the ball impedes the baserunner from progressing on the base paths. Baserunners are aloud to run from base to base without being physically blocked by contact of the fielder.  It is worth repeating from the previous chapter on interference that quite simply, interference is a ‘penalty’ against the offense, and “obstruction” is a penalty against the defense. Here is an example of obstruction that I see year after year. And many times as insinuated above it is the coach who recognizes it and not the umpire. Suppose a batter hits the ball into left center field that looks like it could easily be a double or even more. But while the baserunner is rounding first base, he runs into the first baseman who is standing in the base paths and does not make an attempt to get out of the way. The collision of the two players will keep the  baserunner  from getting to second base. If this happens, the first baseman is called for “obstruction” and the baserunner is automatically given second base.

Coaches need to explain what “obstruction” is and should demonstrate at each infield position how to avoid it. Once I had the grasp of what obstruction is, I would practice it every year at the beginning of the season. We can’t expect 10, 11 and 12 year old kids to master both interference and obstruction. But if our job is to teach these players the great game of baseball, I think it is our obligation to expose them and explain what each of these calls is.

I have seen some youth coaches print out a one page explanation of the five most common controversial situation and rules in youth baseball and hand them out to the parents at the beginning of the season. I happen to think this is an excellent idea. So if you have the time and the motivation, consider doing the same thing and of course include interference and obstruction.

Remember coaches and parents: The offense interferes, the defense obstructs. 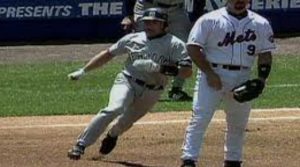 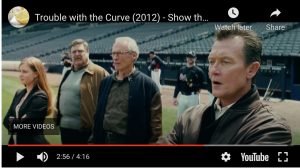 The most popular baseball instructional video in the world is now available for free at T-Ball America.