I am fortunate to go around the country each year running a youth baseball coach’s clinic. A small part of my 90-minute presentation covers the importance of running a parents meeting prior to each season. Whenever I follow-up with the organization on how they liked the clinic, I always get the same response. The coaches and parents wanted less time spent on the parents meeting and dealing with parent issues during the season and more time on things like first and third offensive and defensive situations, the delayed steal, and basic pitching and hitting fundamentals. This is somewhat discouraging for me as I’m trying to make a youth coach’s season successful with as little problems as possible during the season. As discouraging as I get and come to the conclusion to discontinue the clinic portion on the parents meeting, I always get a few e-mails during the season that basically say the same thing:


“Coach Schupak, I attended your coach’s clinic for our league back in March. You touched upon running a parent’s meeting and gave tips on dealing with issues that come up during the season. At the time of your clinic, I did not take the parent’s meeting thing seriously and am I paying for it now. I have a number of parents out of control and if I had listened to you and spent time with the recommendations you made, I could have avoided a lot of these issues. No doubt next year I will make sure I have the parents meeting you recommend and will take this part of coaching more serious. Please let your future clinic attendees know about this letter.”

This happens each and every season. Will a parents meeting solve all issues that come up? Absolutely not! Will it curb a lot of complaints? YES, YES and YES! I organize this parents meeting approximately two to four weeks before the start of the season. The importance cannot be over emphasized! All parents are required to attend. I prepare a handout of approximately three or four pages. Included is a list of the team members with their contact information. This helps parents who want to car pool. I also list certain personal philosophies and organizational items. The meeting should not go more than fifteen or twenty minutes. I leave a fair amount of time a question and answer period. I try to lay out my goals and express to the parents how I run my practices. I also tell them that players have to arrive at games 30 minutes before they start and if they cannot make a game, they must call me. I convey to them I know their busy schedules and that as a parent I went through the same thing with ballet, karate, soccer, car pools, school work, etc. One of the most important points I go over is that because of my own busy schedule, I cannot run a taxi service for any players. Parents must be at practice five minutes before it ends. When I first began to coach, I never addressed this, and after each practice I had a car full of players to drop off. As coaches, this cannot be part of our jobs for numerous reasons. I also address that any issues parents may have during the season, they should contact me. Playing time is the number one complaint heard every year. I developed a standard policy of not taking any complaints for at least five games. This cuts down on a lot of phone calls and most of the times a complaint by a parent about playing time is taken care of by the sixth game. Since I began doing this, I have had only a handful of complaints for a whole season in about the last eight years. When I first started coaching, I would go home after a game and there would be messages on my answering machine I would have to address. In general, I try to cut down on the phone calls as much as possible when communicating schedule changes with the team. With the old system, a lot of people set up a phone chain as a way of contacting everyone on the team. This system is now pretty much outdated with the convenience of e-mails. At the beginning of each season, I get all the contact information I can get from each parent. Remember, some kids come from broken homes so you must keep each parent informed on any schedule changes with their own e-mail. It is not uncommon to get each parent’s home, work, and cell phone number as well as their home and work e-mail addresses. I also ask for a volunteer as team parent to help with most of the administrative responsibilities that will give you time to do what you do best, coach baseball. A good team parent can be as valuable as a good clean-up hitter during the course of the season. If you are lucky enough to get a really enthusiastic team parent, your season will run smoothly. Some of the responsibilities the team parent will be in charge of includes:

uniform hand out and/or exchanges on wrong sizes, communicating a game or practice cancellation because of the weather, setting up the snack bar and field maintenance schedule for the other parents, publishing a team newsletter, helping to organize the season ending team picnic, and anything else that might come up.

Speak about the agenda in more detail in my book: Baseball Coaching: A Guide For The Youth Coach And Parent. The book is free at your local library and available at Amazon.

practice. And this will be the order the players will bat in batting practice. So the first player to show up for practice is number one and he will bat first at batting practice, and so on. This system works, and coaches should develop their own system and team personality.

Remember, you are volunteering your time and you have a right to make the season run as smooth as possible for yourself, and that's the way you want it to be for your team as well. The return you will receive spending twenty minutes at the beginning of the season to go over issues will pay long-term dividends during the season, and you will get the reputation as a coach players like to play for and parents like your organization. 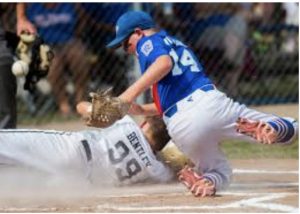 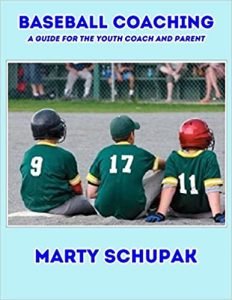 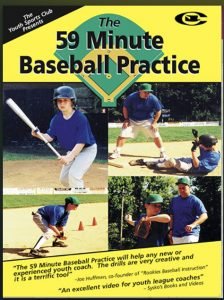