Why Can’t My Child Throw Correctly?

In youth baseball and softball, too many times we see kids get to 9 or 10 years old and cannot for whatever reason throw correctly. As coaches and parents we are overly concerned that our kids are put in the best position to win the league championship rather then learn the basics of the sport. Fundamentals are overlooked and is something everyone talks about but we do not spend enough time doing. Unfortunately too many kids leave baseball and softball with leagues never realizing possible untapped potential for that player.

Throwing is a skill that doesn’t just happen and if a player develops bad habits and techniques, it can be corrected. In my book T-Ball Drills, I made it a point to have a complete separate chapter on throwing a ball correctly with 25 drills. Let's look at a few drills parents can very easily do at home.

I learned this one somehow by accident. When coaching in my league’s 7 and 8 year old division, I would demonstrate endlessly with some kids about bringing their arms all the way back. When one or two insisted they were but I saw that not to be the case, I realized they think they are bringing their arms back but probably have not experienced the actual feeling of the arm going back. It reminded me of myself over 60 years ago when at camp a counselor of mine insisted I was not bringing my right arm out of the water doing the crawl stroke. He actually took an old fashion movie camera and showed me swimming and he was 100% correct. 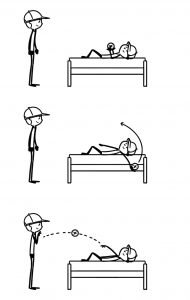 In this drill with the players that are not bringing their arms back, have each one at a time lay down on the bench and with tennis ball bring their arm down then up and throw the ball toward a coach at the end of the bench. It is the gravity that is helping to bring the arm all the way down and some kids will feel for the first time what it feels like. The feeling of the arm going back will be an impetus for some players to then throw correctly standing up right. 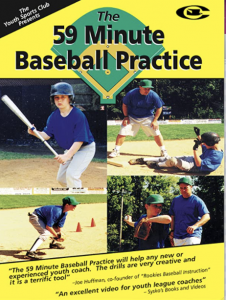 For coaches & parents who value putting players in a position to succeed!

I use this drill to emphasize that throwing does not just encompass the arms but the whole body. I found that using a basketball or mini-basketball, young players will naturally provide correct footwork to throwing any object. This is because there is a natural movement of their feet to balance out the weight and size of the bigger ball. 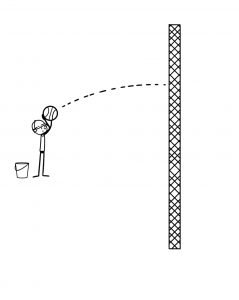 Two key points with the basketball throw with younger kids is to demonstrate the non-throwing arm guide the ball and the release point of the ball should be in front of the head.

I usually save this drill for 11 and 12 year olds but it can used with younger kids. You will find certain kids will develop a bad habit of throwing sidearm and we want to teach young players to throw overhand or over the top as many call it. In this drill we line up a player next to a fence with a bucket of balls. The player has to throw the ball with his throwing arm closest to the fence, so if he does throw sidearm he will brush the fence with his knuckles which doesn’t tickle. Don’t worry too much about the player hitting the fence. I have never had a player hit the fence hard with their hand. Start out a little distance away from the fence then move closer. I like to have the player throw into space rather than at someone or a target. You should actually build up to throwing to a target.

This drill like many of my drills does not combine skills such as throwing and catching. Separating skills is a key to getting young athletes to help master a skill.

Progression of motor skills will vary as well as the ability for the player to understand what we are teaching. When young players throw, pay attention to the movement of their heads. One of the best indicators of balls flying all over the place are the players who do not keep their heads and eyes focused on the target.

I also like to incorporate pitching drills for young players learning how to throw. Even using the pitcher’s mound, I prefer having young people throw from the back of the mound so their legs are moving uphill. This helps the players feel the whole body involved in the throwing process.

If you are one who is really devoted and wants to do something extra for your league consider having a short basic written journal or manifesto that has the basic fundamentals of throwing a baseball. Recommend to your board to keep this journal on file as a baseline for coaches and parents when it comes to teaching throwing. You may not ever get credit for doing this but it is a great thing to do! 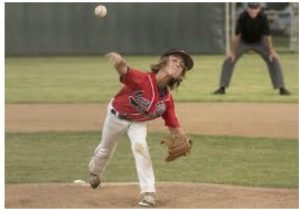 Baseball Coaching: A Guide For The Youth Coach & Parent